Who can conquer the Apple Watch? Pebble, Sony, Microsoft, Casio, and Tag Heuer all have new editions planned or recent editions released as responses to the Apple Watch. But there is one company that could make a truly compelling competitor to the Apple Watch. The company best positioned for combat with Apple is AMAZON! The online-store has released a failed smartphone which may have tainted it’s appetite for the mobile space but the company has also released an incredible new offering that is getting rave reviews from the only people that really matter: it’ USERS!
The Amazon Echo is essentially a bluetooth speaker that is tied to a smart-virtual assistant. Think Siri-for your house. You can ask it questions, order it to compile lists, ask it to read the news- etc. When it was announced, the world of tech journalists collectively chuckled! They laughed at Amazon’s echo as if the company spray-painted a pringles can and put it on the market. It was the products early adopters that proved how useful the echo could be. Now you can order echo to turn on your home’s lights and it seems poised to become the living embodiment of IRON MAN’s Jarvis!

Despite it’s potential, Echo has one limitation, the speaker is stationary. You must be in the same room as JARVIS (I mean Echo) to use it. You can’t use it in other rooms without carrying around a Remote Control that sinks with Echo (which is clearly not an elegant solution). There are no satellite speakers for use in other rooms and once you leave your house Echo doesn’t exist. But what if Amazon released a smartwatch with a simple app that allowed you to interface with JARVIS- (I mean Echo) in other rooms or even away from home. A Wifi-enabled smartwatch seems like an obvious solution. Rumors have suggested for a long-time that Amazon wanted to release a free iphone competitor or something close to free that could be offered with Prime Memberships. A Free phone was never realized but at less than a quarter of the size, and only $83.70 to make, the Apple Watch or hopefully AMAZON WATCH could be cheaper to manufacture and bundle with prime memberships than the FIRE TABLET (currently offered with Prime Memberships). Most importantly, Echo would go everywhere it’s users go, giving Amazon the kind of access you would need to a user’s life to build the world’s first truly brilliant- smart assistant (JARVIS). 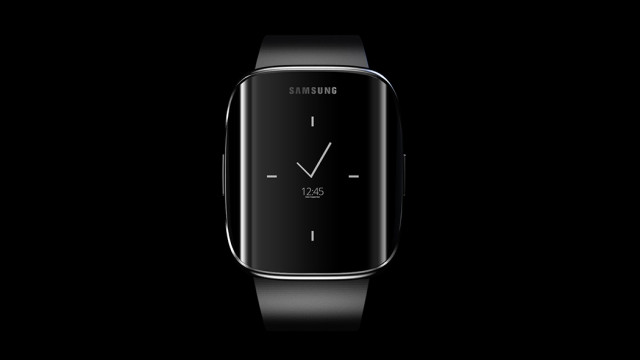 The Tech World is anticipating the release of Samsung’s latest smartwatch at the company’s upcoming event-Samsung Unpacked on August 15th. Thus far, Samsung has released a confused offering of 6 different iterations for it’s Galaxy Gear Smartwatch line. The next version of the watch has been code-named The Orbis because the device will be round and Samsung is betting that “Roundness” will be the killer feature that drives customers to buy into the smartwatch category. There are however, many other features that would be more compelling than the shape of the device.

If Samsung wants to catch-up to the Apple Watch it should at least match the functionality of the Apple Watch which despite being marketed as a fitness device is a remote control for smart devices.

Samsung is a uniquely integrated company that produces products in every category ranging from Televisions, Refrigerators, and Computers to Coffee Makers. Whereas Apple and other smartwatch makers must rely on third parties to develop apps that link smart devices to their respective watches, Samsung can create the smart-home ecosystem internally. If Samsung wants to blow the competition away–it should (but probably won’t) demonstrate a watch that not only serves up notifications and masters mobile payments but also activates the coffee machine downstairs, unlocks doors, turns the lights on and off, streams footage from home security cameras, hosts a truly smart assistant and flaunts an “always on” display that perpetually shows the time. Whereas Apple has had a slow roll out of these features, leaving consumers to stumble upon them and piece them together, Samsung can release them all at once as an integrated whole.

Rumors have suggested that Samsung will offer three versions of the device. If this is true those versions should center around offering consumers a wifi/bluetooth version that extends the functionality of their smartphones (which should not be limited to Samsung Phones) and a standalone version that serves as an independent cell phone with it’s own cellular connection. Some consumers, like myself would relish ditching the 5.5 inch phablets in our pockets.

Lastly, the design of all smartwatches, including Apple’s watch has truly been lacking. Samsung could leapfrog the competition with a great design. The rumors about The Orbis have suggested that Samsung is duplicating Apple’s “Digital Crown” by creating a rotating bezel that will allow users to navigate the device’s operating system. A superior design, served up by the internet via enthusiastic fans extends the company’s Edge-concept to the Smartwatch. The result is a sleek and unique device that could boost battery life by displaying time and notifications on the side of the device without draining battery life to power the entire screen. This would answer a primary complaint of Apple Watch users.

Most of what we have suggested probably won’t be offered by Samsung. The company is unwisely banking on “Round” as a killer feature when functionality should be their focus. Smartwatches remain a tough sell for consumers. Smartwatches are not a “NEED” and changing the shape of the device will not persuade consumers otherwise. Samsung has yet another chance to get it right…….but they probably won’t!

The iWatch will debut on Tuesday, September 9th. As tech enthusiasts salivate over the possibility that the iWatch could usher in cashless payments at stores, and serve as a universal remote for home automation devices, unlocking doors, activating smart lighting systems, and turning on tv’s, they’ve lost sight of the one function we know the iWatch will be designed for: fitness!

Most smart-watches are poor fitness devices. They use pedometers that don’t accurately measure steps and heart rate monitors that loose contact with the skin or don’t work if your moving! 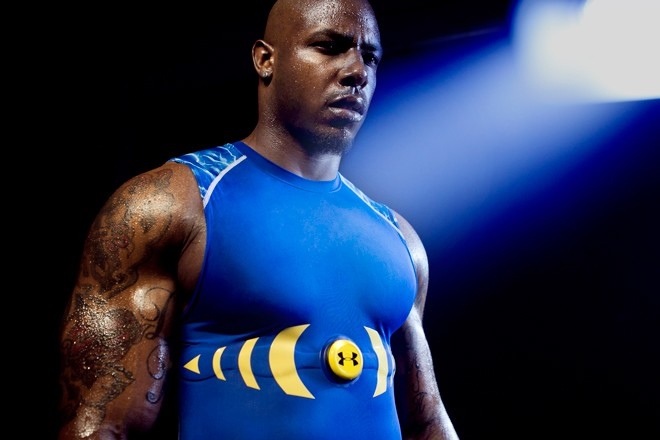 There are better ways to measure running distance and better ways to measure heart-rate. Fitness bands fail because they are trying to find one approach and one place on the body to measure disparate fitness tasks. The alternative has always been to strap ungainly wires to every part of the body- and strangely this is precisely what we believe Apple will propose. Apple will indeed propose strapping sensors to every part of your body! This won’t be as unpleasant or ugly as it may sound. We believe that developments in tech and fashion have made it possible for wearable fitness devices to measure your exercise activities without being cumbersome, inconvenient or unattractive. The iWatch will serve simply as a relay device that collects data and communicates with other wearables specifically designed for each fitness task.

The best examples of our prediction are ironically found in non-Apple products. Intel recently announced a smart-shirt. According to the New York Times, “The shirt comes with conductive fibers that can track your heart rate and will be able to deliver information to a smartphone.” Ralph Lauren has similarly developed smart compression tops. They have “conductive threads that allow it to sense breathing and heart rate” (http://www.fastcodesign.com/3034808/can-ralph-lauren-take-smart-clothes-mainstream#1). 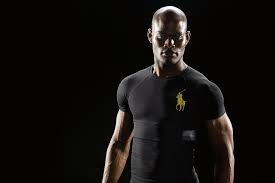 We imagine that Nike could develop sneakers with simple pressure sensors that measure “actual” steps and actual distance travelled. We imagine Nike running shoes that prevent shin splints and injuries by telling your iWatch when runners are accumulating too much pressure on their feet.

Apple may not be going into fashion as a manufacturer but we believe Apple wants to usher in the era of smart wearable clothing, and position the iWatch as the defacto communications hub. Imagine trendy weightlifting gloves that communicate via bluetooth, how much weight you’re lifting.

The applications for an iWatch that communicates with smart clothes goes beyond fitness. We imagine that EXISTING products like the Mimo baby romper, which measures breathing, body temperature and sleep patterns in toddlers while relaying that information via Bluetooth, could work with the iWatch in the future.

What we have come to believe is that the most powerful iWatch imaginable isn’t necessarily packed with sensors. It is in reality a rather simple communications device that speaks to home automation devices, store checkout counters through NFC or IBeacon and fitness wearables. The beauty of Apple’s device will be that any developer with virtually any product will be able to craft an interface that allows users to control a device with the iWatch. Smart stoves, smart clothes, smart guns, and smart cars alike will tap into the iWatch as a universal remote.