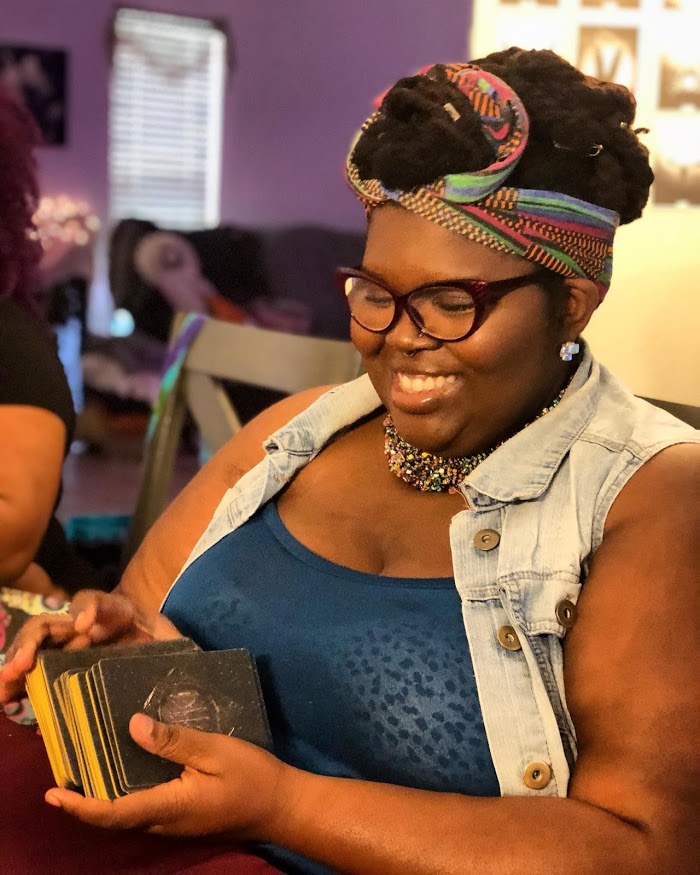 Courtney Alexander is guided by faith and her ancestors. Armed with creativity, talent and intuition she has created a Tarot deck that has taken the world of divination by storm

She did it her way and on her own. Courtney Alexander is the creator of the Dust II Onyx Melanated Tarot that literally every creative person has been talking about. The artwork, the reading spreads, the concept, the fundraising and the mailing out process were all executed with minimal assistance. It is a story that tugs at the heartstrings of any entrepreneur. Fueled by supernatural talent and assistance, the idea of Dust II Onyx was manifested and made available to the masses by the support that Courtney courted from strangers on her Kickstarter platform.  She successfully raised $29,870 with 531 backers. While there were delays, what materialized in the hands of her supporters, myself included, was well worth the wait.

“I was doing the work of seven or more people on my own. There were delays in getting the cards out but I wanted to do it right. I was so grateful. I wanted people to feel like the investment was worth it. I felt like, ‘I only got one shot.’”

Despite understandable delays, Courtney executed a Tarot deck that can only be described as exceptional even if tarot is not your thing. The first edition is already sold out. The cards feature 77 mixed media collage paintings accented with metallic and holographic foils, featuring cultural myths, symbolism, history and icons within the Black Diaspora. The guidebook features multiple keyword lists (numerological, elemental and astrological) and full color images of the artwork with unique titles and art descriptions. Each card has been carefully researched with nearly 75 resources cited, providing a wealth of educational material. And while she is enjoying the success of a completely sold out deck that is being praised on every media platform, she is already focused on what comes next.

“It’s still surreal. I’m seeing videos of people enjoying the cards. I feel very grateful. But there is still work to do.”