If we had to describe Jaafar’s sound, we would say that it is the perfect marriage between middle eastern and western pop music.

Like most artists, Jaafar draws musical inspiration from his upbringing.

“I grew up listening to rock and roll and middle eastern music. I am also inspired by the Heartbreakers, Sting and The Beatles.

Jaafar captured our ears with his hit single Sixteen. Like most great songs, the single is an eye-opening narrative that captures the sentiments of people living in a war torn area and opens the eyes and ears of listeners who may not about such turmoil.

“Sixteen is a good indicator of the over all sound of my album. There is a middle eastern presence with a fusion of pop,” Jaafar said. “I love that video is like the song, simple and to the point.”

The latest lady of medicine to join the cast of Bravo’s Married to Medicine sat down and spoke with Worthy Magazine to discuss confidence and balance. Jill Connors who is married to John Connors is a force to be reckoned with. Jill is a double Ivy League (Dartmouth and Harvard) lawyer who helps her husband run their private practice.

This power couple has been taking the social scene in the south by storm becoming know for their philanthropic and highly-buzzed about soirees supporting causes like  Atlanta’s Victim’s Assistance, Children’s  Healthcare of Atlanta and being the founders of their non-profit organization Emergence Surgical Gifts Inc, to name a few.

“I met my husband on an airplane. We say it was fate. It was a small plane and no one sat next to each other. There was this woman walking down the isle. She looked at me and looked at him and she took another seat. I was in college and he was resident.

December 19th. I am a Sagittarius. I am obsessed with stars. I love to sit outside

and watch the shooting stars. I love nature. A lot of people don’t know that.

“I am worthy because I am a highly educated woman with three kids and I am able to support my husband at work, at home as well as raise my three boys and keeplife fun.”

“Men have to work at work. I have a job. I  manage the practice. I manage the house and maintain balance. I always have chaos in my life.  I think I thrive on that”

The Tech World is anticipating the release of Samsung’s latest smartwatch at the company’s upcoming event-Samsung Unpacked on August 15th. Thus far, Samsung has released a confused offering of 6 different iterations for it’s Galaxy Gear Smartwatch line. The next version of the watch has been code-named The Orbis because the device will be round and Samsung is betting that “Roundness” will be the killer feature that drives customers to buy into the smartwatch category. There are however, many other features that would be more compelling than the shape of the device.

If Samsung wants to catch-up to the Apple Watch it should at least match the functionality of the Apple Watch which despite being marketed as a fitness device is a remote control for smart devices.

Samsung is a uniquely integrated company that produces products in every category ranging from Televisions, Refrigerators, and Computers to Coffee Makers. Whereas Apple and other smartwatch makers must rely on third parties to develop apps that link smart devices to their respective watches, Samsung can create the smart-home ecosystem internally. If Samsung wants to blow the competition away–it should (but probably won’t) demonstrate a watch that not only serves up notifications and masters mobile payments but also activates the coffee machine downstairs, unlocks doors, turns the lights on and off, streams footage from home security cameras, hosts a truly smart assistant and flaunts an “always on” display that perpetually shows the time. Whereas Apple has had a slow roll out of these features, leaving consumers to stumble upon them and piece them together, Samsung can release them all at once as an integrated whole.

Rumors have suggested that Samsung will offer three versions of the device. If this is true those versions should center around offering consumers a wifi/bluetooth version that extends the functionality of their smartphones (which should not be limited to Samsung Phones) and a standalone version that serves as an independent cell phone with it’s own cellular connection. Some consumers, like myself would relish ditching the 5.5 inch phablets in our pockets.

Lastly, the design of all smartwatches, including Apple’s watch has truly been lacking. Samsung could leapfrog the competition with a great design. The rumors about The Orbis have suggested that Samsung is duplicating Apple’s “Digital Crown” by creating a rotating bezel that will allow users to navigate the device’s operating system. A superior design, served up by the internet via enthusiastic fans extends the company’s Edge-concept to the Smartwatch. The result is a sleek and unique device that could boost battery life by displaying time and notifications on the side of the device without draining battery life to power the entire screen. This would answer a primary complaint of Apple Watch users.

Most of what we have suggested probably won’t be offered by Samsung. The company is unwisely banking on “Round” as a killer feature when functionality should be their focus. Smartwatches remain a tough sell for consumers. Smartwatches are not a “NEED” and changing the shape of the device will not persuade consumers otherwise. Samsung has yet another chance to get it right…….but they probably won’t! 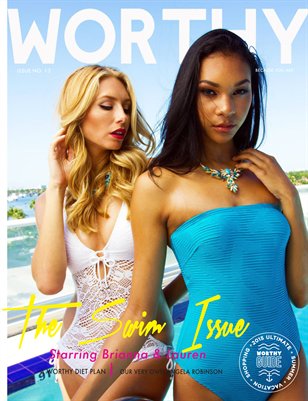