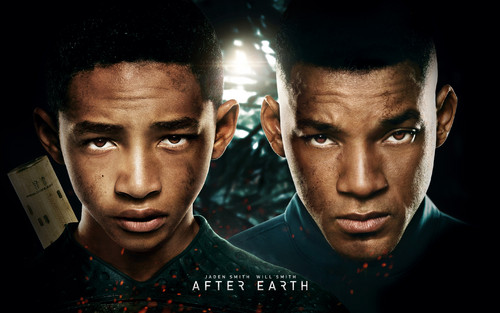 If you listen to movie critics (and I rarely suggest that you do), you’ve probably heard that After Earth is one of the year’s worst films. The critics have declared After Earth to be worse than the horrifically bad, Battlefield Earth (starring John Travolta).

I must admit that after reading many of the film’s reviews, I too was hesitant to pay the price of admission. However, I have learned- as I am sure many of you have-that movie critics are often fickle, pretentious, and warped in their sense of taste. In my opinion, movie critics can be useful, but most have lost perspective. Instead of viewing movies, through the eyes of the general audience, movie critics seem to be in a competition to prove-who among them is the most rigid and persnickety. Most have ceased to be movie critics and have morphed into movie snobs. They hate everything. Reasonably good movies are rhetorically shredded with increasingly harsh hyperbole. Interestingly, the critics always seem to wind up blessing the soul-less and trite rehashes that Hollywood has become infamous for producing. If the movie critics are not careful, and they continue to bash films that defiant movie goers like myself, come to find are fantastic, they will continue to lose their relevance. I must admit-I never quite understood the concept of publications paying someone an inflated salary to go see a free movie. Given their pencient for hyperbole and record of inaccuracy, I would suggest that some of these cash strapped publications could trim some of the fat that mascarades as movie critics on their staff.

Now That I have that off of my chest,

AFTER EARTH WAS AWESOME! I’m not sure what critics believed they were walking into but I was acutely aware from the outset that this movie largely consists of Will Smith trapped in a cockpit while his son wanders aimlessly about a hostile planet, pursued by wild beasts. This wasn’t a secret. The storyline is simple and straightforward. Will Smith talks—guding his son through a wild jungle and Jaden fights of fearsome beasts. It’s a coming of age tale, as a young Kitai (played by Jaden Smith) learns to face his fears. The critics that were expecting 2001 space Odysee were absurd in their expectation. After Earth is much better than a showy sic-fi spectacle, it is a character driven movie. The entire story is about the personal evolution of a rigid father-and military general that has been made so hardened by life that he struggles to understand his relatively soft (by comparison) son. Jaden-on the other hand- is struggling along the familiar path toward manhood. What I found so disturbing about the reviews of critics is that they missed how—-relevant and oft repeated this storyline is in the lives of average (especially male) movie goers. After Earth is not a classic film. It isn’t E.T. It’s not Star Wars. But it also isn’t the unforgettably awful, Battlefield Earth.

In slamming this film, I think critics had two goals-two statements they wanted to make.The first was to continue an unrelenting assault against M. Night Shalaman who has disappointed them in every effort since the Sixth Sense. This disappointment seems to color every review of every movie he directs. Apparently, after making the nearly revolutionary Sixth Sense, Shalaman was supposed to blow our minds away in every film. This—-misunderstanding–shows the disconnect between critics and movie fans. I don’t go to the movies expecting to have my mind blown every time. I go to enjoy myself. Films cannot all, uniformly be expected to be revolutionary, if they were the term “revolutionary” would lose it’s meaning. As a fan of film, I simply go to have a good time. Perhaps that means I am less finicky than critics but if their reviews are intended to inform my choices–shouldn’t their reviews be a reflection of my tastes (and the broader audiences). What use are critics if their reviews and their tastes are no longer a predictor of what the audience will find enjoyable. Put simply, there are many films that I love and I am more than happy to pay for-that critics hate. AFTER EARTH is one of these films. It’s quite good, in fact and as AFTER EARTH is the number 1 film overseas, I think the world audience agrees with me.

The Second goal of critics was to state emphatically their opposition to Jaden Smith and any hope that he may harbor of following in his father’s blockbuster-and race defying mainstream appeal. Perhaps they are offended by the overt nepotism of After Earth which is quite nearly a Smith Family project-enlisting Will Smith’s other children as producers on the epic. But it is more than likely, that critics are simply delighting in kicking the little rich kid that seems to have it all made (for him). I have been shocked by how personal some of the critiques of the film seem to be and how many of them focus on tearing down Jaden Smith’s performance. No matter how disinterested one is in the plot of the film—NO ONE can claim that Jaden Smith performs poorly in this film. His performance is nothing short of wonderful. He is clearly on his way to becoming a fantastic actor—-but not if the critics have anything to say about it. 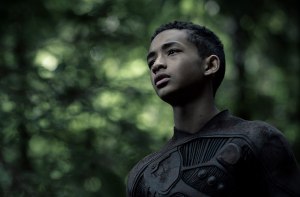 On Jaden Smith, ABC Radio Brisbane says: “If you’re going to engage the audience, you need someone who is strong and charismatic. Jaden Smith is not that.

The Scotsman’s Alistair Harkness: “Clearly a vanity project, Smith perhaps imagines this plot device will signify to the world that he’s ready to pass the action hero mantle on to his son, but it takes more than nepotism to make a movie star.”

To Put It simply, They are Wrong. And You should go see After Earth. Join the rest of the world in telling the critics to get some perspective, put down their necks and lose their snobbish attitudes and just try to have fun at the movies, like most fans of film.