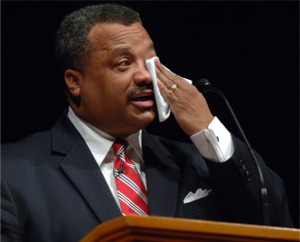 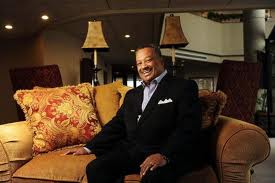 The Southern Baptists Convention is poised to elect it’s first black President. The SBC is historically dominated by it’s white membership. The branch developed when southern baptists split with their northern counterparts, over the issue of slavery. Those roots have shaped the organization but the SBC is poised to make a shift. As demographics shift many historically homogenous organizations are finding it necessary to diversify. Diversifying means reaching out to populations that were once ostracized or neglected. The almost certain election of Reverend Fred Luter Jr, will be a part of that outreach program. Luter is the Pastor of the Franklin Avenue Baptist Church. He leads a congregation of over 5,000. He lead the church through the destruction of Katrina. Now after helping his flock rebuild their lives, he will try to rebuild the Southern Baptists Convention.