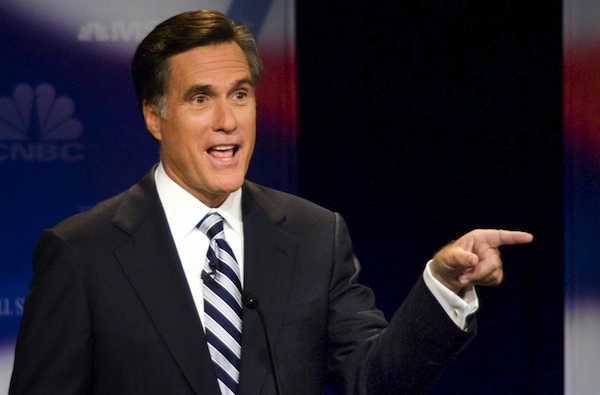 The Washington Post, is reporting that Mitt Romney was at one point in life, a bully, with a preference for  assaulting Gay teens. The story is quite gruesome and Mr. Romney’s opponents would suggest that it is revealing of his character. While a student at Cranbrook School in Michigan, Mr. Romney was involved in bullying, at minimum, two gay teens. In one incident, he led a mob that chased down one of the gay teens. Mr. Romney, was apparently incensed by the length of John Lauber’s, newly dyed- blond hair. Lauber’s hair, swept, slightly over his eye, on one side of his face. Romney apparently deemed it to be too long. The soft spoken and effeminent student’s eyes, welled up with tears as Romney’s mob approached. He shouted for help as Mr. Romney, with the help of his classmates, pinned the gay teen down, and cut his hair off with scissors. Today, the participants in the attack, described the young boy as “terrified”. Romney’s former friends described the attack as “vicious”. The victim of the attack, Jason Lauber, reportedly still felt traumatized by the event. He reportedly told, an apologetic old classmate, that the event was “horrible”. Lauber, has since died.  The story would have run yesterday but was held back because of the negative way it would contrast with President Obama’s announcement.

One day after President Obama cemented his status as the defender of gay rights by declaring his support for Gay Marriage, Mitt Romney is besieged by a scandal that depicts him as nothing less than a gay bashing bully. In the most friendly conservative circles, the new scandal is being dismissed as youthful indiscretions but not all forums have been generous.

Mr. Romney has on two separate occasions joked about deriving pleasure from firing people. These incidents are being combined with over-blown tales of Mr. Romney, leaving his dog on the roof of his car, during a long car trip. Together, these stories depict Mr. Romney as a cruel, homophobic, and unfeeling man.

Is this fair? Almost certainly not, but it is politics. And perhaps no more of a distortion of Mr. Romney, then the Romney campaign’s distortion of Mr. Obama. Sadly, All Seems Fair, in modern American Politics.