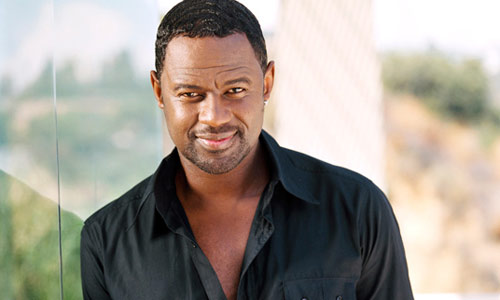 Brian McKnight has released a new song that just might have signaled the end of his career. McKnight stunned the entire entertainment industry, when he  released a preview of his latest project; an Adult oriented collection of music. The first release on Brian’s new album is tentatively titled, “Let Me Show You How Your Pussy Works”. McKnight claims that he consulted his Twitter Followers on the idea. He suggested that they fed him adult oriented topics that they wanted the soul-filled singer to write about. If this is true, Brian needs new friends on Twitter.

Brian’s new song manages to be shocking, and yet simultaneously boring. The chorus wreaks of an older man, trying way too hard to recapture his youth. It is sad to see that the youth oriented focus of our culture and entertainment industry has caused one of the most talented and accomplished artists of this generation, to second guess himself. The secret of McKnight’s success has always been in the maturity of his music. Brian claims that he was attempting to create an adult oriented album. The problem with this goal is that Brian attained this achievement over a decade ago. All of Brian’s music is adult oriented. When was the last time, teen-agers were  overheard talking about their favorite Brian McKnight song! He makes music for the grown and sexy crowd. All of his music is centered around themes, of love, heartache and even SEX! What made McKnight a household name, was his ability to tastefully address those subjects and to write about sex with the sophistication of a mature man. He has always approached the issue of sex but he did so as an adult, not like a horny teenager, pining to be in a rap music video. This is what happens when 30 becomes the new 20. Immaturity matriculates down the age scale.

Brian McKnight may have just ended his career by writing a song that would be too immature for Justin Bieber, with lyrics like, “Let Me Show You How Your Pussy Works..I Bet You Didn’t Know That It Could Squirt”!  ( SHM! )

Not since McHammer, released “Pumps In The Bump” has a musician ended his career in such a spectacularly  lame fashion. MC Hammer found himself, the victim of an evolving hip hop industry that convinced him that Gangster was good and gratuitous sexual references were a pre-requisite for success. The result was a comical video in which, the once flashy and stylish King of Hip Hop, ditched his parachute pants for saggy jeans, a raiders jacket, a stuffed thong and poolside debauchery with scantily clad models. The entire country saw through Hammer’s desperate (and unnecessary) attempt to stay relevant. And Hammer has since been unable to recover, despite his considerable talents. Brian McKnight has just followed in Hammer’s footsteps.

I won’t write the obit on his career yet, but McKnight will certainly have a great deal of work ahead to rehab this self inflicted wound.