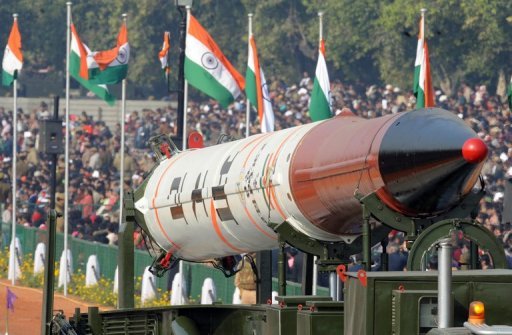 India has test-fired a new missile, designed with the capability of hitting major Chinese cities which means that, for the first time, India has developed the ability to militarily strike at the heart of China. The angi-V missile, has been dubbed “The China Killer” by MSNBC. It is an intercontinental ballistic missile, with a range of 5,000 km. The Agni-V missile has the ability to bear a nuclear payload and this reality makes the Angi-V a game changer. In the past, India has measured itself and its military prowess, using China as it’s measure. The desire to overcome China, economically and militarily has driven the psychology behind a great deal of India’s development. The international community has been muted in it’s response. U.S. officials have been silent while Chinese officials have tried to emphasize that they are not rattled by India. A great deal of the rhetoric coming from Beijing has minimized India’s achievement, effectively dismissing India as an upstart, attempting to pick a fight that they are destined to lose. The tensions, although unspoken are palpable. The prospect of two of the most populous nations on earth, in conflict is a freighting possibility. When we further consider the new nuclear capabilities of North Korea, the Nuclear ambitions of Iran, the rising hostility of Russia, and the perpetually turbulent middle east, the eastern hemisphere is presenting the U.S. with increasingly complex problems.