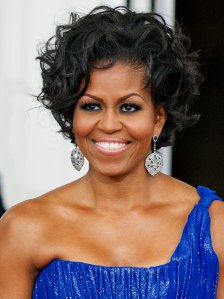 There is a new trend in American politics that is dragging our political discourse down, to once unthinkable lows. It began with Michelle Obama, who has been subjected to a level of vitriol and partisan attack that is unprecedented. Other First Ladies have received tepid criticisms but they have generally been considered off limits. First Ladies are the wholesome embodiment of our nation. Attacks against them have been considered uncouth. Mrs. Obama has not received that benefit. After she determined that the healthy nourishment of our children would be the focus of her first term, she was derided as a socialist intruder. Conservatives cried angrily that she was trying to control their lives. The right has  determined that in their attempts to dress down the President, the traditional rules no longer apply. The right has labeled Mrs. Obama, an angry black woman. A conservative host, on the nationally syndicated Laura Ingraham show, once called her and the first family, “Trash”! 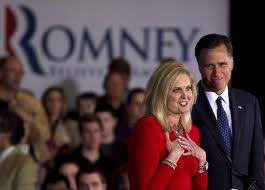 The right should have thought long and hard before opening this Pandora’s box as their tactic has returned to haunt them. Last night, on CNN, Hillary Rosen, a democratic strategist, attacked Mitt Romney’s wife. Her statement was simple. Ann Romney can’t possibly understand the needs of the average woman, because “Ann Romney has never worked a day in her life”.  For the right, Rosen’s words became a shield against Democratic claims of a GOP War On Women. Now, they argue, Obama is at War With Housewives and Traditional Mothers.

At times, I am nauseated by the silliness of our political discourse. As an observer of politics, I have loved all of our First Ladies. They were always the stalwart figures that buttressed their husbands when challenges overwhelmed them or a lack of confidence besieged them. I am left dejected and discouraged by Rosen’s attacks on Ann Romney and by the attacks on Michelle Obama. The entire world of punditry, spent the day trying to pit Housewives against Working Women. Attempts were made to commodify the contributions of both and determine which made better mothers! I have long thought that political consultants have only one trick; to divide Americans, one from another and pit them against each other. Today proved my thesis. The attacks on the First Lady were without precedent but it is equally discouraging to see that Democrats have succumbed to the tactic. (Some might argue that Hillary Clinton has been subjected to similar assaults but I would disagree. Hillary became the subject of the right wing’s fire, when she entered the policy arena. She actively negotiated policy items and thus received the same criticisms that any politician would receive.)

The attacks on First Ladies and prospective national mother figures, is disheartening because it signals that our politics has crossed a final boundary of decency. It signals that nothing in public life is sacrosanct. Glenn Beck and other right wing pundits have even attacked the children of the first family! I wonder if Rosen, or Beck, or Limbaugh ever bother to ask themselves, where our nation goes from here. How much more rancorous can our debates become before our nation becomes dysfunctional? What precisely are they winning when they leave our nation devoid of any civility? Such rhetoric is beneath our country but more importantly, such rhetoric is dissolving our union! When the First Lady, becomes the object of derision, we can be certain that we have truly lost our way.