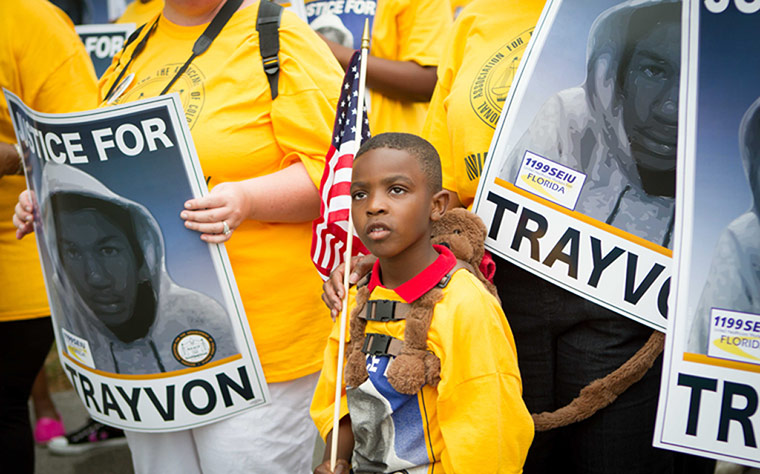 Trayvon Martin was shot and killed well over a month ago but today, the slain teenager will have justice. Worthy Magazine has learned that the prosecutor’s office will be holding a press conference at 6pm, eastern, during which she will announce charges for George Zimmerman.

BACKGROUND (Skip If Familiar with Case)

In the immediate after math of the shooting the Sanford Police Department essentially exonerated George Zimmerman-the alleged shooter.The incident was clouded by mystery. It occurred at night time. It was dark and raining. Martin was wearing the now famous, hoodie to protect himself from the rain. It was the hoodie which arroused Zimmerman’s notice. He regarded the teenager as being out of place and inherently suspicious. Trayvon was walking home, carrying skittles and ice tea. Audio tapes of  Zimmerman, introduced baffling new details for both sides of the conflict. We learned that Zimmerman began following the teen. We then learned from Trayvon’s girl friend that he noticed Zimmerman following him. Martin walked faster but noticed that Zimmerman sped up. The audio tapes confirmed that Zimmerman then began running after Trayvon. The teenage victim tried to escape.  From the perspective of both, we can say that Zimmerman pursued and Trayvon tried to elude him. Both wound up in a struggle. Zimmerman claimed that he was attacked by the teenage victim. Zimmerman claimed to have had a broken nose as a result of the fight, but conflicting reports have raised doubts about this reality. Zimmerman claimed that Martin was slamming his head into the concrete, but witnesses confirmed that the struggle took place in the grass, away from the sidewalk. A tape surfaced showing Zimmerman with few if any scars. His shirt was tucked in and he appeared to be relatively unscathed for someone engaged in a “struggle for his life”. The lead investigator on the scene of the crime, wanted to charge Zimmerman with manslaughter but he was over ruled by the chief of police. Conflicting witness accounts confirmed a struggle but varied between Zimmerman being the dominant figure and Trayvon overcoming Zimmerman. A tape surfaced with screams and pleas for help, right before the sound of the shots that killed Trayvon. Zimmerman’s lawyers claimed that the pleas for help came from Zimmerman, but vocal analysis eliminated Zimmerman as the source for the terrified voice. The nation was shocked into action as the image of a child, pleading for his life became the dominant image of Trayvon Martin.

Zimmerman’s lawyers, recently introduced the idea that George may have been in fear of “Shaken Baby Syndrome”. They claimed that he could have feared his “brain” being bruised “inside of his head”. After floating the explanation, a series of advocates for Zimmerman surfaced and support for Zimmerman became a “rightwing” cause. The involvement of Al Sharpton and Jesse Jackson created a partisan and racial dividing line. Fox News became the preferred outlet for the Zimmerman clan and its defenders. Sean Hannity held private discussions with Zimmerman and Geraldo Rivera (of Fox News) blamed teenagers for wearing hoodies. When he confessed that he chides his own children for wearing clothes that make them look like hoodlums, rallys were organized all over the country as teens and adults dawned hoodies, in defiance of the notion that an article of clothing alone, could make someone look suspicious. Despite the vigorous defense and partisan divide that emerged, a consensus emerged and now, Geoerge Zimmerman will be charged in the incident.

The prosecutor in this case is Angela Corey a hard nosed, tough as nails, litigator. She is generally considered to empathize with the victims of crime and offer offenders very little mercy. She made national news with her decision to charge a 12 year old as an adult, when he beat his 2 year old, half-brother, to death. The decision was controversial, but again, Angela Corey does not empathize with the defendant. She is an advocate for the victim! When Corey was elected to her post as state attorney, she became the first woman to ever hold the position. She is tenacious and fiery. And at 6pm she will become the woman that brings justice to Trayvon Martin, and his grieving family!