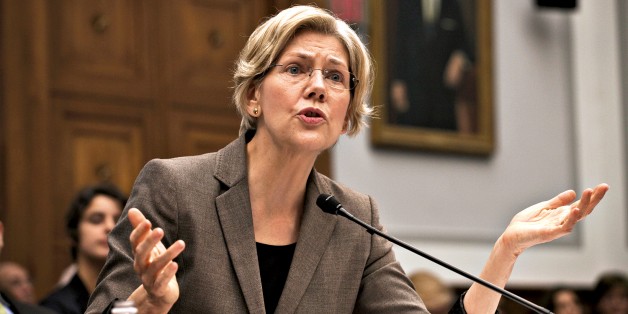 Women are rare in the profession of politics and even more rare, are women in the U.S. Senate. Elizabeth Warren intends to join the exclusive club of the Senate but she has been met by the compelling political force of Scott Brown. Scott Brown, was a former state legislator and former Nude model. He became a national celebrity when he captured Ted Kennedy’s old seat. Brown’s victory was particularly impressive because he is a Republican. Ted Kennedy was known as the democratic “Lion of the Senate”. Brown, an obscure state legislator was able to run for Kennedy’s old post in part because most Republicans considered it to be a fools errand. No one believed that in Massachusetts, the heart of liberal America, a Republican could take Ted Kennedy’s Senate Seat. Brown’s victory was literally witnessed all over the country. The nation seemed to pause as the throne of Camelot was captured. The republicans were eager to brandish Brown as their greatest trophy. Many even began suggesting that he could be President or at minimum, Vice President. But that was quite a while ago. Since his election, Brown has proven himself to be far too independent and liberally minded, for the tastes of most in his party. His tendency to break with his party however, has made him a bit of a hometown hero. He is as popular as ever, much to the chagrin of most democrats. However imposing Mr. Brown’s popularity is, it hasn’t discouraged a challenge from Elizabeth Warren, who is challenging Brown for the Senate Seat.

Warren became a national heroine with her advocacy of the Consumer Protection Buereu. She became the President’s secret weapon in promoting the reform of complex financial regulations. Warren was able to discuss the complexity of Wall Street’s financial shenanigans, with a clarity unparalleled by any in the country. She had long been a serious thinker of the left, but her vocal advocacy for consumer protections, made her a star. If Occupy Wall-street has a mother, the undisputed parent is Elizabeth Warren. But the brilliant professor is facing fierce opposition from the charming and handsome, Brown. The contest has put the financial kingpins of the Republican Party up against the small dollar donations of the Democrats liberal base. The Republicans are willing to wager and sell limbs to hold on to Kennedy’s seat and to keep the nation’s most successful consumer advocate as far from the halls of power, as possible. Despite the outside flood of GOP cash and effort, Warren seems to be standing tall. The polls on the race have vacillated. In some polls Warren is nipping at Brown’s heels and in others she’s taking out his shins, soccer style. Despite her successes, the race is closer than anyone could have predicted. The two are virtually tied. However, strong her position, its still a surprise that Brown is even a factor in the race. The left in Massachusetts has found a candidate that is beloved, and yet an out of place Republican, is still in contention for a senate seat, in arguably the nations greatest bastion of progressivism. Can Warren Win? It remains to be seen. She has run a campaign that has been flawless thus far. The rhetoric she has employed has been picked up by the President himself and (some might say) has been responsible for the progressive pose that has resulted in his renewed popularity. Warren has then, twice saved the Democrats and their agenda. But can she save herself?